Welcome to Postal History Sunday.  Put those troubles and worries aside for a little while and let's see if we can learn something new - or at least be amused while I share something I enjoy!

This week's postal history item is a folded letter sent by Carcenac & Roy in Mulhouse, France to an individual in Bordeaux, France.  The letter was mailed on March 27, 1849 and arrived at its destination on March 31 after going through Lyon on the 28th.

Before I go much further, let me point the year date out to you AGAIN.  1849.  This letter is 172 years OLD.  In the grand scheme of global history, that isn't so much.  And yet, here I am perusing a business letter that was written and read by people 172 years ago and the letter still looks pretty darned good.  Sometimes, I forget this fact, but when I remember, the wonder of the hobby returns to me full force. 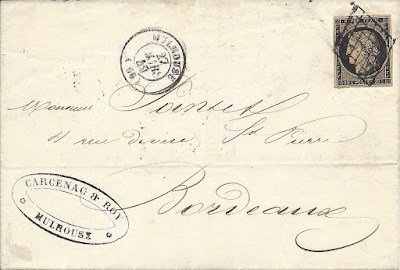 What it cost to mail

At the beginning of 1849, France implemented new postal rates as a part of their reform to make the postal system more accessible to the public with "cheap postage," following England's lead.  This letter represents a significant reduction in postage.  Prior to this point, the cost of a letter in France was a function of both weight and the distance traveled.  The distance from Mulhouse to Bordeaux is about 830 km, which would have required 1 franc (100 centimes) in postage.

This letter weighed no more than 7.5 grams and qualified for the new 20 centime 1st Rate Level.

Let that sink in for a second.  A letter sent just THREE months prior to this one between the same sender and recipient would have cost FIVE TIMES MORE.  That's a big change.

The rate boundaries were inclusive - meaning the first rate would apply to items that weighed 7.5 grams and less.  For a broader look at the French Internal postage rates from 1849 until 1875, a post on my postal history blog that has been built and needs updating, but there is still good information there if you wish to look.

The 20 centime black on yellowish paper stamp portrays an image of Ceres, the Greek goddess of agriculture and motherly love.  This stamp was issued in 1849 in conjunction with the new rates and the establishment of the Second Republic after the 1848 revolution.  This stamp issue and a 1 franc value were the first stamps released for use to prepay postage by the French post office.  Other values would follow in 1850 including 10 c (Sep 12), 15 c (Jul 29), 25 c (Jul 1) and 40 c (Feb 3) values.  The lower values would be used for local rates and non-letter mail.  The 25 centime stamp's issuance coincided with a new letter rate that increased the first step for letters weighing up to 7.5 grams to 25 centimes.

How did it get there?

The back of the folded letter includes a couple of transit markings that help us understand how it got from Mulhouse (Haut-Rhin department)  in the East by Basel, Switzerland to Bordeaux (Gironde department) on the Atlantic Ocean to the southwest. 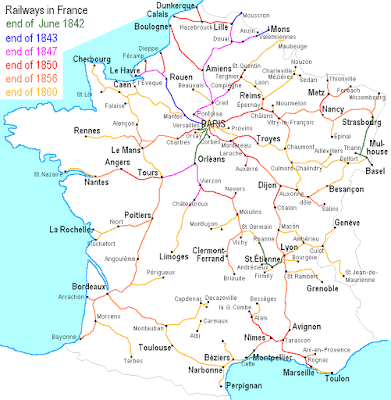 If you look at the map above, you will see that some of the earliest rail developments occurred in Paris (of course), Mulhouse and St Etienne/Lyon.  By the time we get to 1849, work to add rail to Bordeaux might have been planned, but was not yet seeing much progress.  Priorities at the time were to connect Paris to Marseille, Le Havre and Calais to promote access to shipping for the areas that had more commerce (thus more demand for the rail traffic) or to the coal mines in locations like St Etienne.  The agricultural focus of the West and South of France would have to wait a bit longer. 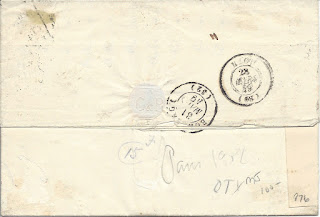 The markings for Lyon and Bordeaux are not the clearest I have seen, but they are sufficient for me to figure them out with their dates.  The existence of rail lines between Mulhouse and Lyon accounts for the quick (1 day) transit time.  It took three more days to travel by a combination of a small section of rail followed by a longer period by coach to get to Bordeaux.

This portion of an 1856 map of Bordeaux created by Charles Cocks gives me a little bit of an idea, when combined with current maps of Bordeaux, as to where Mr. Pointet, the recipient of this letter, was located.  The street address on the letter reads "4 rue devise St Pierre," which would place his location somewhere in the red circle, just to the left (South) of the Place de la Bourse in Bordeaux.

The Saint Pierre Catholic Church would easily be in view from the narrow Rue de la Devise and Mr. Pointet's office.  The church is mentioned (but not the current building) as far back as the 1100s AD.  The current structure was initially built in the 1300s and "restructured" in the 1880s.

The existence of a street address on this letter implies that a mail carrier delivered the letter to this address.  No additional markings confirm that this is the case, but there were carriers in Bordeaux at this time.

What was in that letter? 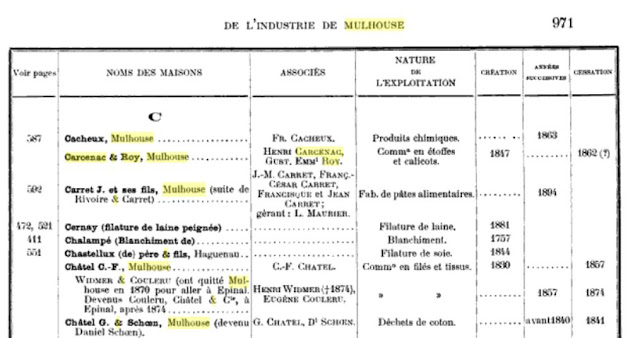 According to Histoire documentaire de l'industrie de Mulhouse... Vol 2 by Société industrielle de Mulhouse (France), Carcenac & Roy were an active concern for yarns and fabrics from 1847 to 1862 (or so).

I did take a shot at translating this letter.  However, there is just enough of an issue with handwriting, inside references to their business, and probably some colloquialisms that I am not entirely certain about much of it.  However, the overall gist is that Mr. Pointet seems to be a person who sells on commission and he believes commission rates should increase and Carcenac and Roy do NOT really agree.

Of most interest is the reference to the 1848 revolution that led to the creation of the 2nd French Republic.  It would soon fall to an internal coup when President Napoleon declares himself the emperor.

We are in possession of your two letters <dated etc>. We look forward to the communications they give us, observing that the prices established by Mr Deleros from Toulouse are extremely strong. You do not perceive that at this moment we could no longer afford the same prices as we obtained in the first months of our disastrous revolution.

<trouble reading the next section> ?? .... if the political horizon does not come to put something in the wheels.

We have noticed with pleasure your reconnection with Mr Guinon as we think that it is said to be a long time with you apart. <uncertain about this>
We will add for your guidance that the merchandise could not be more rare and that the little that there is on the spot is only growing, we could almost say that we are tearing it up, we therefore urge you to be firm. Commissions, for a new increase is no longer certain, take care therefore, my dear sir, your measures have consequences.

In the hope of receiving your next letter soon. 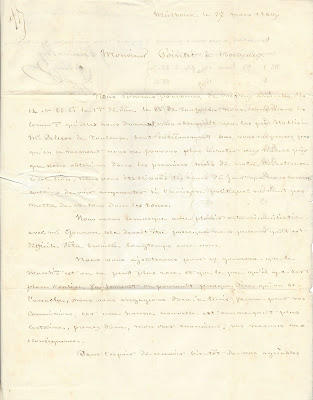 The letter includes some docketing by Mr. Pointet indicating the source of the letter and date as well as a record of his reply. 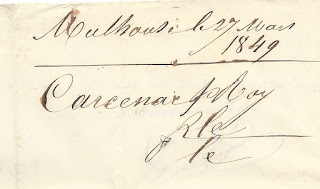 The reverse appears to provide a price list for Pointet's use.  The short-hand references aren't going to be clear to us, but it must have been to them. 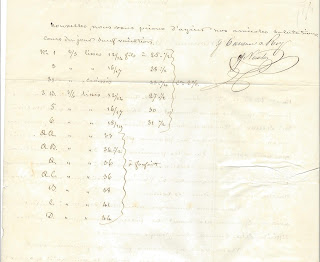 There you are!  A simple business letter that shows us how business continues to go on, even when big events are transpiring - like the French Revolution in 1849!  This is a fine reminder to us that when big things happen, the little things - like business transactions and living daily lives - still keep our attentions.  These glimpses into history show us a bit about what people thought of world events and how they were going about handling them.

And this gives you another reason why I am often captivated by the social history that often walks hand in hand with postal history.  The insights I can gather about 1849 also give me perspective for 2021.

It is not a new thing for people to speak with authority on topics they may not understand and likely do not have a direct hand in.  Even the yarn and fabric industry in the 19th century was filled with experts on politics!

There you are - yet another Postal History Sunday (Number 51) in the books!  I hope you enjoyed this journey to the France that was 172 years ago.

Next week's post will likely a be a bit different.  I will have an opportunity to attend the Great American Stamp Show in Chicago and will be sharing an exhibit of some of material there.  Assuming that all goes well and we can find ways to safely attend, I hope to share either a little about the show OR a bit about my exhibit and how I put it together.

Until then, I hope you have a great remainder of the day and a wonderful week to come!
Posted by Rob Faux at 4:00 AM 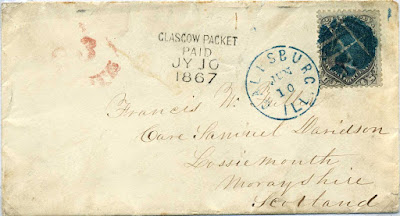